On 13th April 1280, Richard de Vescy, also known as Kesham, was offered the post of Rector of North Ferriby by Lady Agnes de Vescy, but Archbishop Wickwane ran a campaign to remove illegitimate clergy, and declined.  Richard de Vescy and several supporters occupied the church, seized its property, and beat up priests and clerks trying to obtain possession ‘almost to death’. The archbishop did not recover the church until October, and ordered some of the supporters to perform penance.  2 years later, Richard de Vesci was appointed rector of Escrick.

On 13th April 1563, Hull Mayor John Smith presided over a council meeting that agreed that no ships in the Haven should carry a fire or lit candle at night on pain of a fine; this was imposed after a vessel called the Dragon was set alight by negligence, and put other ships nearby in danger. A further law was passed in 1584 prohibiting the heating of tar on board ships, and all gunpowder had to be offloaded within 24 hours of docking, on pain of 8 days in prison, and a 20shilling fine.

On 13th April 1743, Mary Maister (nee Cayley) , her baby son and 2 maidservants, died in a fire at the original Maister House, High Street, Hull, which spread quickly up the wooden staircase.  Henry Maister rebuilt the house the following year with a stone staircase. This National Trust property is currently closed.

On 13th April 1886, Ethel Leginska, nee Liggins, was born in Pemberton Street, Sutton-on-Hull. A musical child prodigy,  she made her debut performance as a pianist on her 9thbirthday, at St George’s Hall, Hull, and was playing in London’s Queen’s Hall the following year. At 11, she went to study in Frankfurt. She was a concert pianist, conductor, teacher and composer. She established the Boston Philharmonic Orchestra, Boston English Opera company, and National Women’s Symphony Orchestra, and was director of Chicago Women’s Symphony Orchestra. (d 26.2.1970) . She was the first woman to conduct many of the world’s leading orchestras, first woman to conduct grand opera (her own opera), and a pioneer for women in music. 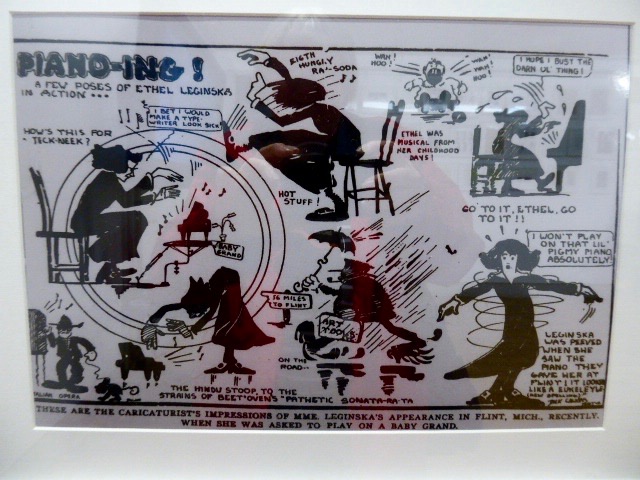 On 10th April 1694, John Roxby  & Thomas Spicer (Ferriby) and Peter Acy and Samuel Newton (Swanland) were chosen as parish Overseers for the Highways, (Ferriby and Swanland being in the same parish, but choosing separate officers). On the same date, Overseers of the Poor chosen were Paull Wollas and Wm Jefferson (Ferriby) and Robt Parker and Christopher Boynton (Swanland).

On 10th April 1733, Thomas Pelling, the “Flying Man’, set up a tightrope between Pocklington church steeple and the Star Inn, and fell to his death; he is buried in the churchyard.

On 10th April 1956, Paul Robeson, singer, actor and political activist, performed at Hull City Hall to an audience of 2,000. Publicity described him as ‘the world’s greatest negro actor, singer and film star’. 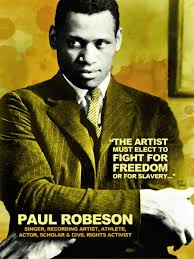 On 6th April 1486, John Heryson, husbandman of Middleton on the Wolds, claimed sanctuary at the church of St John, Beverley, for killing Thomas Metcalfe of Melmerby with a staff earlier that day.

On 6th April 1713, Brigadier General Luke Lillingstone died aged 60 in North Ferriby. He had served in Ireland and Martinique. He is chiefly known for advertising Ferriby Grange for sale due to military debts.  His monument is in Ferriby church. see picture

On 6th April 1816, George Hudson, aged 15 or 16, was fined 12s6d for bastardy. It appears he then left his affluent home in Howsham under a cloud and moved to York. He eventually became known as the ‘Railway King’. 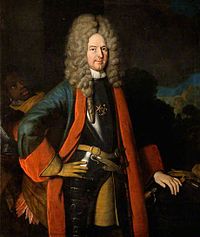 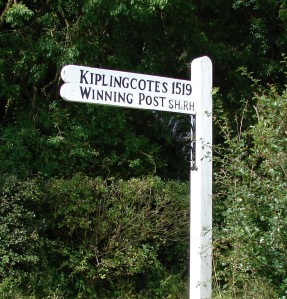 On 16th March 1589, Robert Dalby (or Drury), priest, was executed for treason as a Catholic priest. Born in Hemingbrough, he was a Protestant minister, then ordained as a Catholic priest at Chalons in 1588, and was arrested on landing at Scarborough.

On 16th March 1660, the ship of Richard Williamson of Scarborough rammed the dolphin at the entrance to the River Hull, and was sunk. Trinity House was entitled to charge for repairs, but were lenient and only fined him £3.

On 16th March 1695, John Roxby & John Field (Ferriby) and Henry Watson and Benjamin Galland (Swanland) were chosen by the parish as Overseers for the Highways for the following year, Ferriby and Swanland being in the same parish, but choosing separate officers.

On 16th March 1879, Colonel Sir Tatton Benvenuto Mark Sykes, (usually known as Sir Mark) was born in Sledmere. He was a traveller, author, MP for Hull Central, advisor to the Government on Middle East affairs, and co-author of the Sykes-Picot Agreement, which partitioned the Ottoman Empire. (died of flu 16.2.1919)

On 16th March 1939, Jean Farrow of Hull was the first ever female winner of the Kiplingcotes Derby, on Masterful. 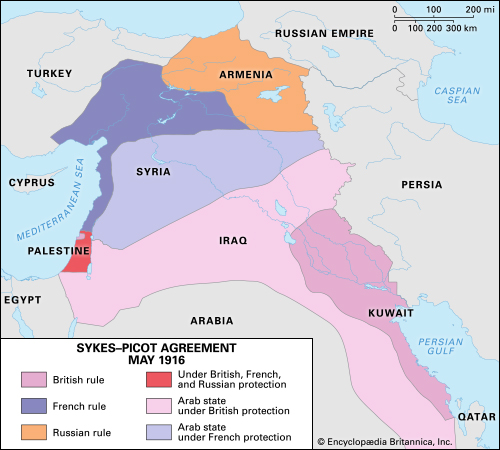 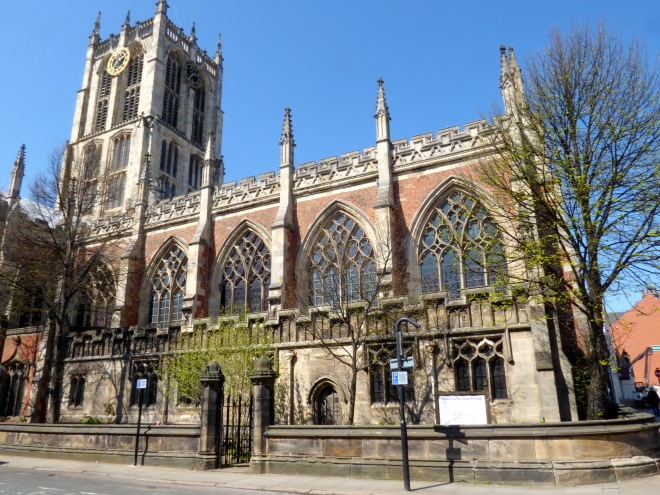 On 10th March 1425, Hull Holy Trinity Church, was consecrated; building began in 1291 and was interrupted by the Black Death.

On 10th March 1623, George Tummond, butcher, of Patrington, was found dying at sunrise in Winestead, after starting to walk home from the alehouse in Ottringham. Holderness was notorious for its floods.

On 10th March 1800, George Hudson, the “Railway King’, was born in Howsham.  He  made a great business and political career from sharp practice and bribery (was MP for Sunderland, and Lord Mayor of York). He became hugely rich, but was disgraced, and imprisoned for debt, though released when his debts were paid by public subscription. In 1845, he bought the Londesborough Estate for £470,000. D14.12.1871

On 10th March 1921, Mr J.H. Tate proposed a motion at Hornsea Golf Club that ’Old Jack be shot’! It is assumed Old Jack was the horse used to pull mowers and rollers on the course.

On 10th March 1954, Alex May, master of the tug Fenman, died in hospital after the tug was overrun by the ship she was towing, the Rudolf, and sank, on the way into Hull’s Alexandra Dock. 2 of the crew were swept away. There was 1 survivor.

On 24th February 1814, John Taylor, aged 62, of Soffham Farm, Sutton-on-Hull, was in Chamberlain Road, on his way home from Hull, when he was shot by a man who leapt out from the hedge, robbed him of £30 and ran off. Taylor died a week later, but had identified his assailant as James Forbes, an Irishman. Forbes was tried at York but acquitted despite being identified, for lack of corroborating evidence.

On 24th February 1942, Charles James Kent of Bristol Road, Hull, a foreman in the Rescue Party Service, was awarded the George Medal for gallantry in the rescue of Mrs Crawford (deceased) and Miss Crawford. They were trapped when their house in Eva’s Terrace, De la Pole Avenue, was demolished, and Kent managed to crawl to them and create space for jacks to be used. 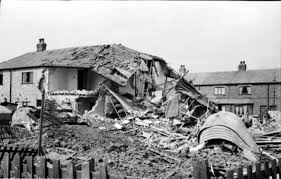 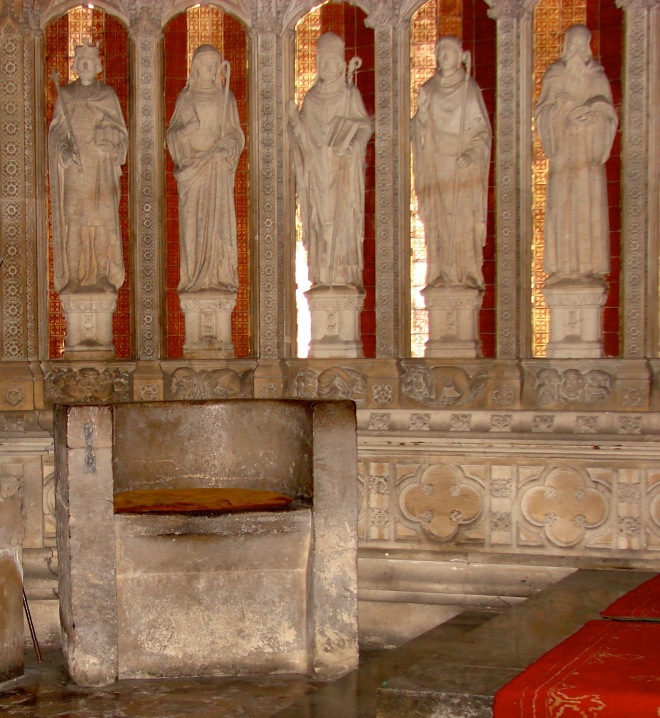 On 15th November 1810, Robert Richardson, master of the Spurn lifeboat, and crew, performed the first rescue by the new lifeboat, to assist the John and Charlotte off Trinity Sand, River Humber, where she had been driven in a gale.

On 15th November 1915, Walter Beech, 47 of 25 Scarboro St, Hull, chief engineer/ Christopher Hall, 2ndengineer of Allison Tce, Hull, were lost with all other 8 crew of the steam trawler Edward B. Cargill when it struck a mine off Spurn Head.

On 26th October 1515, Hull shoemaker William Baker claimed sanctuary at the church of St John, Beverley, for a felony (no details given)

On 26th October 1587, the wife of Dr Vavasour of Hesslewood & her 2 daughters died after being taken prisoner, (presumably in Hull Castle) with her 2 daughters, in 1581. She was questioned in 1576 about her failing to attend church. In 1578 her husband’s goods were seized to pay her fines.

On 26th October 1662, 7 poor residents of North Ferriby parish received money from the Poor Rate of between 1s and 2s every 4 weeks (presumably dependent on the number of children they had); of the 7, three were widows, one a single woman, and three men. Those 83 ratepayers who could afford to contribute paid between 2d and 15s a year.

On 26th October 1866, Lord Hotham officially opened the Sykes Monument, as a memorial to Sir Tatton Sykes (d 1863), the money being raised by subscription by local people. The monument is a local landmark, on Garton Hill, near Sledmere, and can be seen from many miles away.

On 26th October 1950, Garden Village (Hull) Ltd was dissolved after the death of Sir Philip Reckitt; rents had been held at 1914 levels. 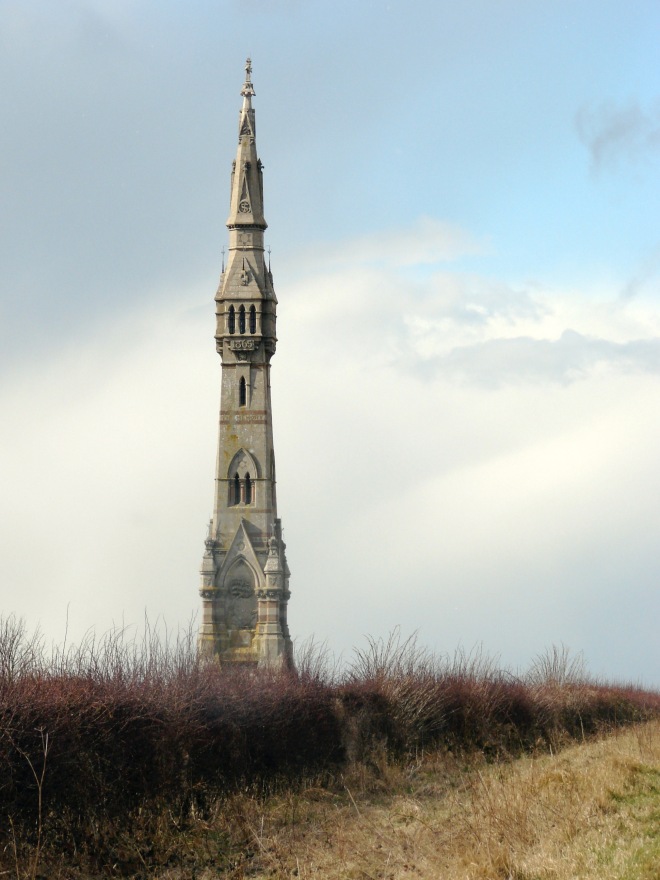 On 18th September 1415, Michael de la Pole, 2nd Earl of Suffolk, died of disease at Harfleur during Henry V’s military campaign. (Dysentery was a frequent cause of death on military campaigns) He was succeeded by his son Michael, who died in battle at Agincourt.

On 18th September 1470, John de Ferriby in his will left 2 silver salt cellars to the parsons and vicars of Beverley, on condition that they pray every day for his soul.

On 18th September 1664, Theophilus Garlike was found by a Hull jury in the inquest into the death of Gervase Dighton to have killed him in a duel; both men were soldiers in Colonel Gilby’s Company (Dighton a corporal, Garlike a sergeant).

On 18th September 1789, George Thompson, BA, was ordained 27 years after serving as curate in Hollym, Withernsea, Sutton and Wawne, he finally became vicar of St Peter’s, Wawne. He brought in many changes to the music in the church, including the use of fiddles and a singing master to teach new hymns, possibly because of the advances the Methodists were making at this time.

On 13th September 1420, Sir Gerard Usflete III and his wife Elizabeth, Duchess of Norfolk, had no surviving children. His will said that all his lands and tenements in Swanland and Ousefleet should be sold and the proceeds distributed to the poor. In return, the poor were to pray for his soul every year. He fought at Agincourt, was an associate of the De la Poles, and was Sheriff of Yorkshire. Buried at North Ferriby.

On 13th September 1512, Christopher Person, mercer of Routh, claimed sanctuary at the church of St John, Beverley,  for debt. 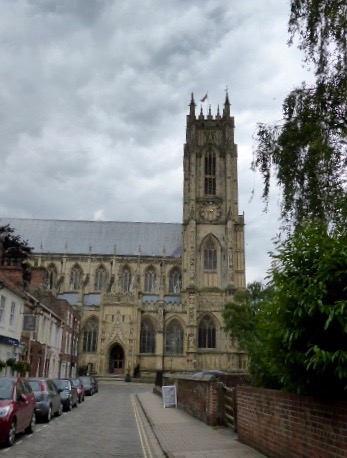