On 26th September 1480, Elizabeth Beauwmont, gentlewoman of Hedon, and Robert Beauwmont, clerk of Almondbury, sought sanctuary in the church of St John, Beverley,  for the death of Thomas Aldirlay of Almondbury, killed by them on 5 Oct 1479. (We do not know the relationship between the 2 )

On 26th September 1643, Col Oliver Cromwell and Lord Willoughby crossed the Humber to view the defence of Hull for themselves, and took some of the cavalry back with them, horses being of limited use in the besieged town.

On 26th September 1649, Marmaduke Richardson of Pocklington was hanged at York Castle for praying publicly before his sermon for Charles II, King of Scotland and heir apparent. (Prince of Wales).

On 26th September 1794, John Magnus, a Dane, was buried at Blacktoft after drowning in the Humber and washing up at Thornton Land.

On 26th September 1917, L/Cpl Thomas Edgar Borrill, 20, former Reckitt’s employee,  died on active service with the Sherwood Foresters. He has no known grave. 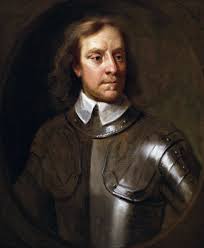 On 5th July 1532, Henry VIII’s charter was read out in Hull Market Place, and prohibited anyone but Hull burgesses from conducting business in the port; the corporation paid £31 19s4d to obtain the charter, part of which was paid in the form of a sturgeon for Thomas Cromwell.

On 5th July 1657, a major fire in Hedon starting at 1 a.m. resulted in the loss of 42 houses, and others damaged. In August, the Mayor petitioned Parliament for permission to hold a collection to raise money; £4,000 was raised.

On 5th July 1776, John Wesley paid a visit to Howden and preached to a large congregation during a thunderstorm near Station Road, Howden. Wesley’s picture below

On 5th July 1811, Bridlington Collector of Customs Benjamin Milne discovered a tidal spring near the quay, now commemorated by a stone inscription.

On 5th July 1899, Hull Alderman Larard took the controls of the city’s first municipal electric tram (Siemens Bros & Co provided the electrical equipment). A spectator hoping for a good view, climbed on the roof of the public lavatories and fell through.

On 5th July 1930, the annual King’s Cup Air Race took place on this date, and planes had to follow a route of around 800 miles. Hull Aerodrome was a main control station on the route. Tickets were sold for 1s and 2s6d. The winner was Miss Winifred Brown in an Avro Avian III. (N.B. Hull Aerodrome is actually in Preston South.) 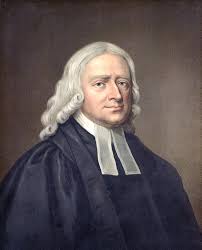