On February 15th 1518, Richard Jakson of Hogett on the Wolds (presumably modern Huggate) claimed the sanctuary of St John’s church, Beverley, for debt.

On February 15th 1530, John Gillco, labourer of Painsthorpe, fled to his parish church in Kirby Underdale from York, where he had assaulted and killed John Notyngham at 4p.m. the previous day. A coroner’s inquest the same day reported that the killing took place within the liberty of the monastery of the Blessed Mary.

On February 15th 1793, a contemporary report said a horseman galloped into Hull with urgent news that men had landed near Patrington from a privateer. Nervous of the risk of French invasion, part of the Corps of Invalids stationed at the Citadel and several volunteer seamen were immediately dispatched to meet the enemy. A 2ndmessenger met them on the road near Hedon, and informed them that instead of French enemies, those who had landed were the crews of several colliers, who had left their ships to avoid the press gang. HM Sloop of War, The Queen, was lying at anchor in the Humber.

On February 15th 1898, James Ashton, 39, skipper, of Witty St, Hull, was lost with his crew when trawler European foundered in the North Sea. 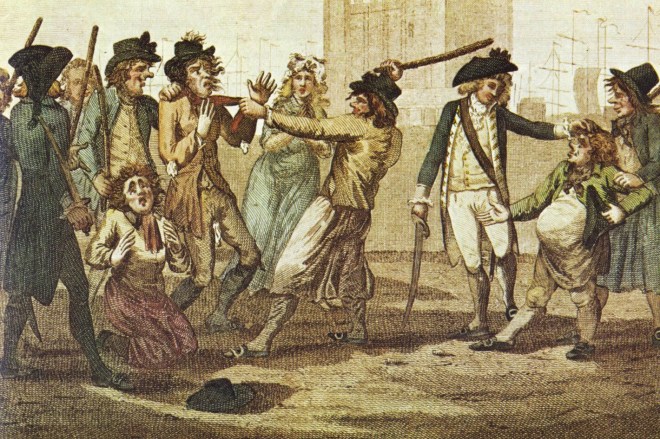