On 14th February 1763, Mr Newmarch, lighthouse keeper at Spurn Point, reported to his employer that the low light had ‘washed down wholly all together’.

On 14th February 1792, Thomas Wilson, son of a lighterman, was baptised at Dagger Lane Independent Chapel, Hull, He became a clerk, then salesman, set up a business  importing iron, and eventually became owner of Thomas Wilson, Sons & Co, the beginning of the Wilson Line, a multi-national business; his son Charles became Lord Nunburnholme.

On 14th February 1803, Burnett’s Shipping List reported the departure of the first whaler leaving for the fishing grounds that season: the Adventure, captain’s name Gibson, headed for the Davis Strait, got into the roads, but it was a week before it got under way. 5 other whalers left in February, followed by 33 in March. 2 other Hull whalers, the Thomas and the Lynx, appear not to have sailed that season.

On 14th February 1927, 12 Rail passengers died in a head-on rail collision near Hull Paragon Station; 40 others were injured. The outgoing Hull to Scarborough train was put on the same track as the train arriving from Withernsea. 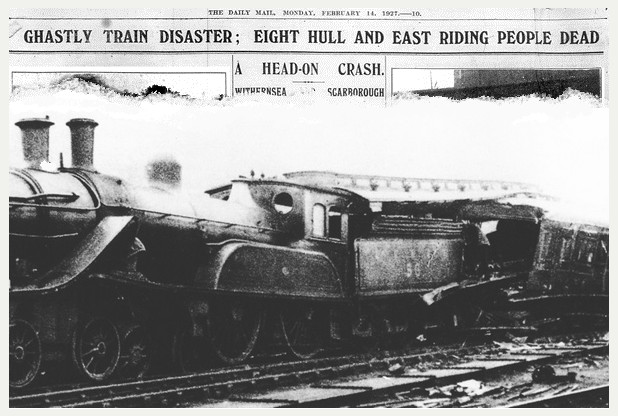