On 16th January 1518, John Frost of Twing on the Wold (presumably modern Thwing) claimed sanctuary at the church of St John, Beverley, for debt.

On 16th January 1537, John Hallam and about 20 men entered Hull on market day, planning to seize the town and re-start the Pilgrimage of Grace. Hallam was betrayed by a man called Fowberry of Newbald, and arrested.

On 16th January 1642, William Cavendish, Earl of Newcastle, was appointed by King Charles I as the Governor of Hull, but the Parliament’s choice of Hotham prevailed with the support of the Mayor and aldermen. 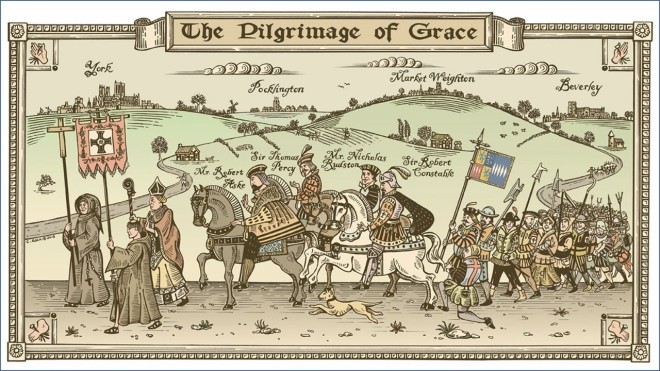