On 11th February 1346, William de la Pole agreed to resume lending money to King Edward III, in return for the return of all his goods that were in the hands of the sheriff. Relations between the king and his banker were precarious, but he remained in favour for the time being…

On 11th February 1657, Thomas Cowlam, labourer, and Jane Millington were married in a private alehouse at Spaldington by Robert Browne, vicar of Eastrington.

On 11th February 1941 at 5.30p.m., an anti-aircraft shell fell in Jalland Street, Hull, with no casualties. The blitz on Hull reached its peak in May that year.

On 11th February 1943, Flt Sgt 785073 Harold E.R. Saunders died with 6 other crew (1 survived) when mechanical problems caused his Halifax bomber to crash near North Dalton, shortly after taking off from Pocklington. 6 of them are buried in Barmby Moor churchyard. 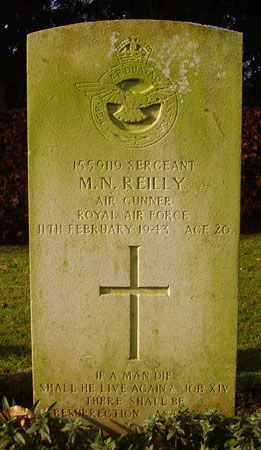 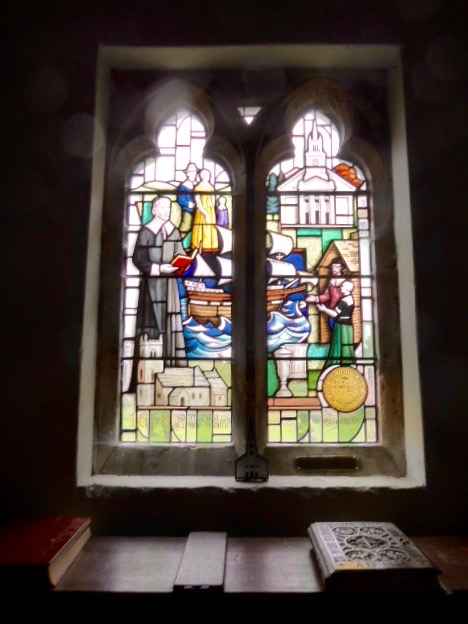 On 23rd June 1660, Reverend Ezekiel Rogers died aged 70, in Rowley, Massachusetts, after 22 years as vicar of a new Puritan settlement.  The new town was named after Rowley in East Yorkshire, from where he led a group of about 100 Puritans to America in June 1638. Became Rector of Rowley in 1621, aged 31, and served there for 17 years. (b 1590 in Wethersfield, Essex)

On 23rd June 1766, Sara Jenkinson, the infant daughter of Richard Jenkinson of Hutton Cranswick, fell from a little girl’s arms and died within 30 minutes. There was a coroner’s inquest.

On 23rd June 1768, John Courtney, aged 34, gentleman, of Beverley, married Mary Jesse Smelt, aged 24, at St Mary’s, Lowgate. The bride dressed in a white ‘night gown’ and white hat, the groom in a white suit. Only family and servants attended the church and family members dined with them afterwards. The bells of both churches rang for them. They returned to their future home in Beverley in the evening. In his diary, John refers to his future wife at all times as ‘Miss Smelt’.

On 23rd June 1787, the Clerk to the Beverley to Driffield Turnpike Trust wrote to T. Baxter, the owner of Bell Mills, Sunderlandwick, threatening him with prosecution if he allowed anyone to cross his land to avoid paying tolls. 2 months later the Trust asked T. Baxter to lock the gate near his mill, and to prosecute anyone who broke it down.

On 23rd June 1812, Major-General Barnard Foord Bowes of Cowlam was wounded at Battle of Badajoz, but recovered to fight at Salamanca.

On 23rd June 1848, Uckaluk died of measles aboard the Hull ship Truelove, on their way home to Nyadlik, Greenland. She and her husband Memiadluk had visited England to highlight the poor conditions in their homeland.  They took part in talks in Manchester and York.

On 23rd June 1853, Captain John (or Thomas) Bowlby set sail for Cumberland Sound in the Arctic with 3 ships, with the aim of forming a settlement there; they took goats and building materials. The surgeon on the trip was William Gedney, who had been on board the Truelove with Captain Parker in 1847.

On 23rd June 1898, Winifred Holtby was born at Rudston. Social reformer, novelist and journalist, she was famous and respected for her work in South Africa and elsewhere. ‘South Riding’ became her most famous novel, published after her death. She is buried in Rudston. (d 29.9.1935)

On 20th May 1816, Constable Thomas Pashby was fined 40s at the Tiger Inn, Beverley, for neglect of his duty as village constable in Ellerker, apparently for failing to bring defendants to court.

On 20th May 1910, Dora Whitehand, aged 2, drowned on a sofa when the house in Providence Place, Driffield, was flooded. A cloudburst in Cowlam sent a torrent of water down the valley, flooding hundreds of houses to a depth of 6 feet. 2” rain fell in Driffield in an hour. Bridges were damaged, and the furnaces at the gasworks were extinguished. Weaverthorpe was submerged in mud; Helperthorpe and Elmswell were also affected.

On 20th May 1917, Francis Acaster, carpenter, aged 65 of Francis Terrace, Hull, was killed by enemy action whilst a merchant seaman, returning to Hull from Bombay on board SS Tycho of Hull, off Beachy Head.

On 20th May 1941, Dr R.H. Moyes. Voluntary Medical Officer to Civil Defence was awarded the British Empire Medal for gallantry during an air raid. 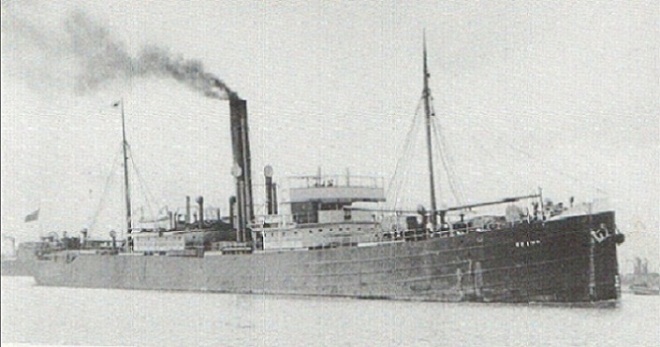