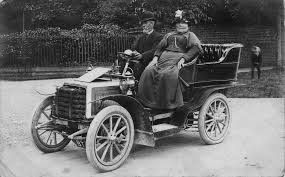 On 19th March 1293, only 5 days after his valuation of Myton, King Edward I had new records of tenants drawn up, and ordered the improvement of roads to his new town of Kingston on Hull. The roads to Hessle, Beverley and York already existed.

On 19th March 1913, Rose Ellen Carr died at Hornsea aged 70. Although illiterate, and facially disfigured, probably as the result of a kick from a horse when she was a child, she was ran a success business as a carrier and taxi owner, and was reputed to be able to carry a 16-stone sack of grain under each arm. She was also a passionate Primitive Methodist preacher.

On 19th March 1941, 92 Hull residents died in an air raid; 70 people were seriously injured.  This was the 12thraid since the beginning of the year. The National Picture Theatre on Beverley Road was hit; they were screening Charlie Chaplin’s ‘The Great Dictator’ at the time. photo below shows ruin of the cinema

On the same day, Mr & Mrs Severs and their 2 children were killed by a land mine at Highfield Farm, Hutton Cranswick. Other damage nearby probably intended for Hull included 70 high explosive bombs and incendiaries at Watton Abbey Farm, mostly in the fields, the destruction of Mrs Arnell’s grocer’s shop, and a fire in Hutton church.  Arthur Swift of Wawne Common Farm recorded a land mine, incendiaries and high explosives, which blew out all the windows and tiles off every building in the farm. The ghost of a Watton Abbey monk was said to have been seen that night. 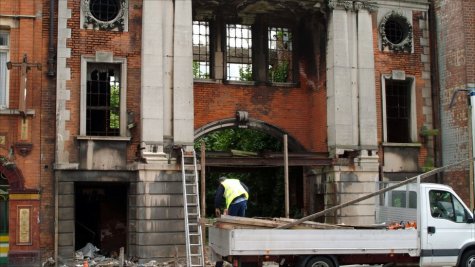