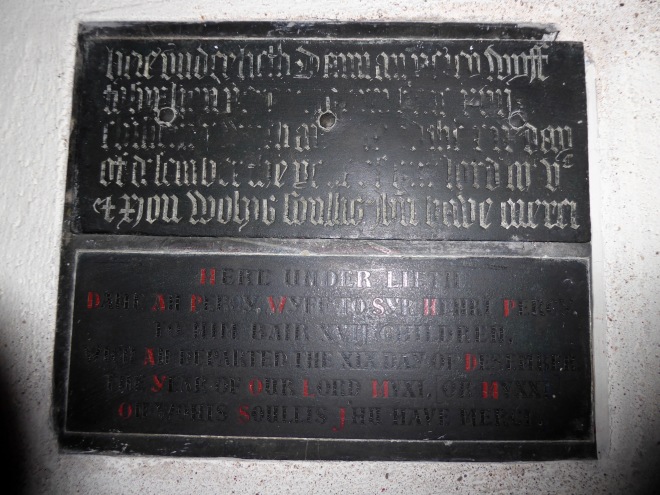 On 19th December 1511, Ann Percy died in Hessle, the wife of Sir Henry Percy (or Percehay) and mother of 17 children. Although she is not of the Northumberland Percies, the Duke of Northumberland in 1862 arranged for a transcription of the original brass in Hessle Church, presumably under the assumption that she was of his line.

On 19th December 1656, the second of 2 boy twins of Philip Ellerker died at Ellerker, 2 days after the death of the first, at the age of 3 days.

On 19th December 1939, it was reported that of the 1,774 children evacuated from Hull  in September and October, 900 had returned home, during the ‘phoney war’.