On 28th September 1643, the royalists’ ammunition store at Cottingham blew up, killing Royalist Army’s Firemaster General and 6 others instantly, and destroying nearby houses.

On 28th September 1849, John Ward of Hull, the leading marine artist of his time, died of cholera; one of his paintings, valued at £10k, was stolen from Hull Maritime Museum in 2009 and recovered 3 months later. In 1981 an exhibition of his works was held at the Ferens Art Gallery to coincide with the opening of the Humber Bridge. (b 28.1.1798) photo shows the whalers Swan and Isabella. 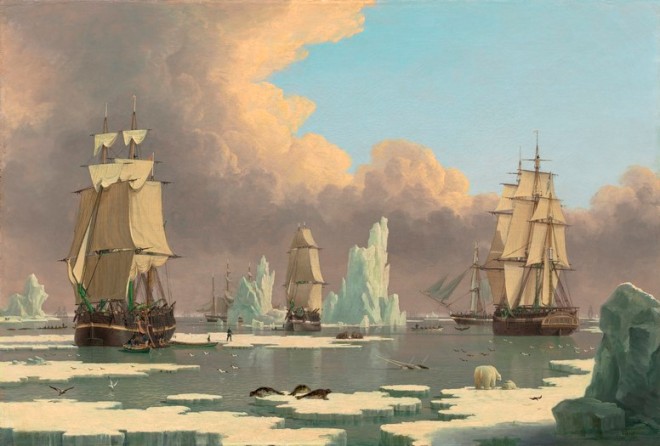