On 29th May 1896, Rev Henry Frederick Barnes-Lawrence died aged 81 at Bridlington Quay. He had been Rector of Bridlington Priory church for 25 years, overseeing its restoration by Sir George Gilbert Scott. He had been a keen birder, and set up the Association for the Protection of Sea-birds, forerunner of the RSPB. His memorial is in the Priory Church.

On 29th May 1941, an air raid demolished 5 office boxes and damaged 9 others in St Andrew’s Dock, Hull. Damage to ARP unit, wagons, fish sidings and an air raid shelter.

On 29th May 1999, Fernand Laville, Free French veteran, presented Nafferton parish council with a regimental plaque to commemorate the billeting of Free French soldiers in the village during WW2. 16 veterans returned to Nafferton for a reunion. 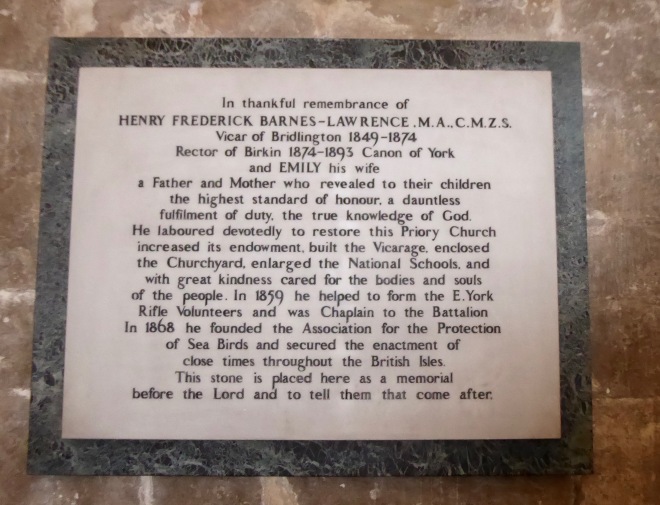