On 22nd April 1566, Walter Cave was assaulted in his own home in Hull by Ralph Ellerker, his brother James and servants, and Cave brought an action in the Star Chamber. The argument involved Walter Cave accusing Robert Dalton, his brother-in-law and servant of the Ellerkers, of illegally harbouring Catholic priests, and Cave’s refusal to allow Dalton into the house to speak to Dalton’s mother. Ralph Ellerker claimed he acted in defence of his brother, who was unarmed. The outcome of the case is not recorded.

On 22nd April 1642, James Duke of York, the King’s son, aged 9, and the King’s nephew, Prince Rupert of the Rhine, 23, arrived in Hull unannounced, with the country people arriving for market day. They were well looked after, and invited to dinner with Sir John Hotham the following day. portrait on left shows James aged 12

On 22nd April 1893, arson suspected when fires broke out in timber stocks on Hull docks, during a dock strike which saw rioting, police charges and military involvement. The fire covered an area of 8 acres; the Citadel Hotel was destroyed, and total damage was estimated at up to £1million. Kier Hardy asked Parliament why the military had been sent to assist the shipowners. The strike continued into May. 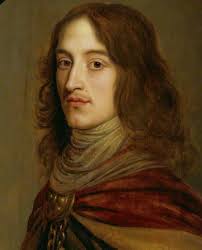