A wide range of topics is covered in items this week.

Crime features regularly, showing how severe the past penalties could be for crimes that would definitely not be capital offences today – and how you could get away with murder if you knew the right people, such as the King.

Deaths at sea – another perennial risk, particularly for fishermen. I haven’t checked the stats on this, but you do seem to have been more likely to be ‘lost overboard’ if you were very young. Perhaps it was lack of experience, of course, but there are historical incidents of bullying, where the skipper was king at sea. The risks also included being iced in when in Arctic waters, scurvy and starvation, collisions, and war at sea.

Heroes – the lovely Amy puts in an appearance, as well as a war hero, a sports hero, and a doctor in time of plague, who is pretty heroic in my book. As is anyone who made their living at sea. Especially lifeboatmen.

Saints – John of Beverley was huge in the Middle Ages, and he appears many times in the History Calendar, not least because the church he built was such an important sanctuary.  Why were so many people prepared to travel huge distances to sanctuary, though? Perhaps you would hope for more sympathy from strangers than from your neighbours?

Other topics this week include the Irish in Hull, invasion threats, drainage, charity, pirates, strikes, transport and medicine. And by the way – Feoffee is pronounced Fifi. 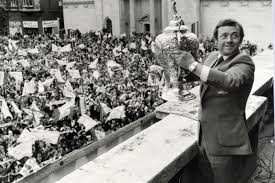