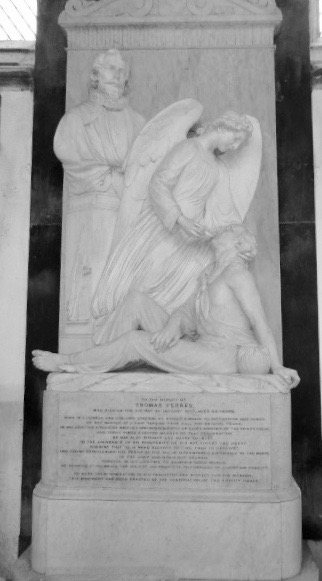 On 31st January 1631, Thomas Ferres died, aged 63. Mayor of Hull, Sheriff, and alderman, warden of Hull Trinity House. He left the Whitefriargate estate to Hull Trinity House, the rents to be used for the poor of the House. He also left bequests of over £1,000 to the poor. His memorial by local sculptor Earle is in Hull Minster.