On 23rd October 1667, Richard Sterne, Archbishop of York, excommunicated a number of people, both male and female, at Beverley, and required them to make public penances, for crimes including adultery, fornication, and incest.

On 23rd October 1908, Wm Jackson & Son Ltd, Hull grocers & bakers, bought the company’s first motor vehicle (having previously used only horse-drawn transport and hand carts); by 1933 they had a fleet of 30 motor vehicles.

On 23rd October 1909, Rev Canon Joseph Malet Lambert, Hull philanthropist  and his wife Rose were charged at Dollgellau Magistrates Court, while at their holiday home in Barmouth, with cruelty against Mary Rose Inman, 11 years, whom they had adopted to save her from the workhouse and to train for domestic service. The girl had been starved (weighed 48lb) and beaten, and hidden from visitors. It appears that Mrs Lambert was convicted and sentenced. photo shows the school named after the Canon. 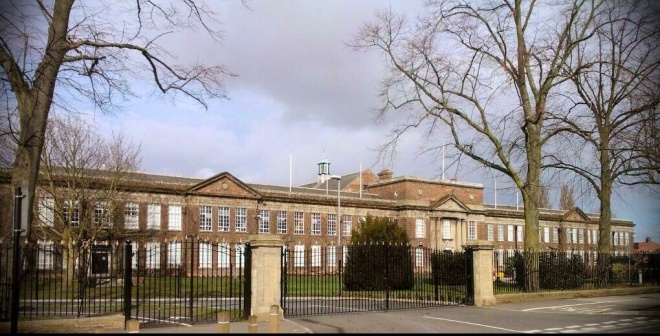